When was the last time you entered a restaurant only to be confronted by a Fort Worth SWAT team member?  You learn one of two things when this happens.  You're either about to get shot in a fire fight.  Or the more likely explanation is that the officer is picking up an order.  And many of you are already aware that our local law enforcement folks know some of the best places to eat - those down and dirty hole in the walls that most are afraid to try.
Click to Expand >>
Posted by FortWorthHoleInTheWall at 3:37 PM 1 comments

We've been through this revival thing before but lets see if it sticks this time.
So often the question comes up, "have you found any new restaurants?".  These questions come from loving people who know but clearly don't read this blog - because they would know the answer.  Posting has been slow as adventuresome eating has been slow.  Finding new restaurants becomes a challenge when you have so many you love and only so many meals to eat in a day.  The adventuresomenessity has been on hold for ....
Until now.
Dos Molinas. It's on 25th Street just north of the stockyards, tucked back into a little neighborhood you probably don't visit often. The breakfasts are filling and delicious. And Fort Worth has a SWAT team that likes the food. More to come.
But until the Dos Molinas post arrives I wanted to touch back on a few older post that will get you back in the reading spirit.
Most Controversial Post
Although the review of Spiral Diner initially had some vegans gnawing at their non-GMO, locally made, hemp bits in anger, it was the Letter to Benitos that really got a firestorm going.  I still get comments today about my complaint of no chips.  Turns out I was right as they caved.
On the free chip note, Salsa Fuego is trying to lure old Benitos fans as they now charge for chips and salsa.  I was a huge fan at first (before it was cool to like SF).  But their insistence on hiring horrible servers, then raising all of their prices, then still not getting food out in a timely manner stopped me from going for a long time.  A recent trip revealed the new chip policy and I almost posted from my phone to see if we could get a new free-chip-comment war going.  But alas, I don't know how to post from my phone.  Luckily the food was still good.  Unfortunately, the service still lacks.  But Carlos is looking to move up to the Golden Dragon spot just north of him so maybe he'll be able to get things ordered properly in a larger space.  Best of luck to him in the new space.
Why Not?
There are two posts that I always get comments about and thought some of you might have missed them.  The first is actually a story about a non-Fort Worth restaurant hidden in a Fort Worth  Restaurant Post.  My trip to Montgomery Street Cafe prompted a memory of my trip to Jean's Feed Barn in Cross Plains.  It's interesting only as a point of knowing what a bad person I and the people I associate with are.
Second, involves a growing up story if you will.  An opportunity presented itself and, well, just read about becoming a man.
Bittersweet Memories
With Verve Pipe playing in the background we remember the goat party that never was at Caro's.  Though the food was over-priced and less than good, the dream still lives on.  We should also never forget Fuzzy's.  I know it isn't gone, but its gone to hell.  Remember when the tacos were full of ingredients and there was only one location instead of one on every corner?
Favorite Restaurant
Naming a favorite restaurant is like picking your favorite kid right?  Everybody has one but you can't shout it out because the other kid may be the one that ultimately decides which home you go into so you stay quiet to preserve unity but also to keep the opportunity to stay at the Stayton instead of a mobile home with no steps out front, parked on a vacant lot by a river somewhere.
We're back online now and I hope you will return with me to the journey of exploring the unique restaurants that make the Fort just that much better than....well you know.
Posted by FortWorthHoleInTheWall at 5:10 PM 1 comments

According to Fort Worth Weekly, the organizers of the Fort Worth Food + Wine Festival have set a date for the event.  They also put out a new website with more detailed information. 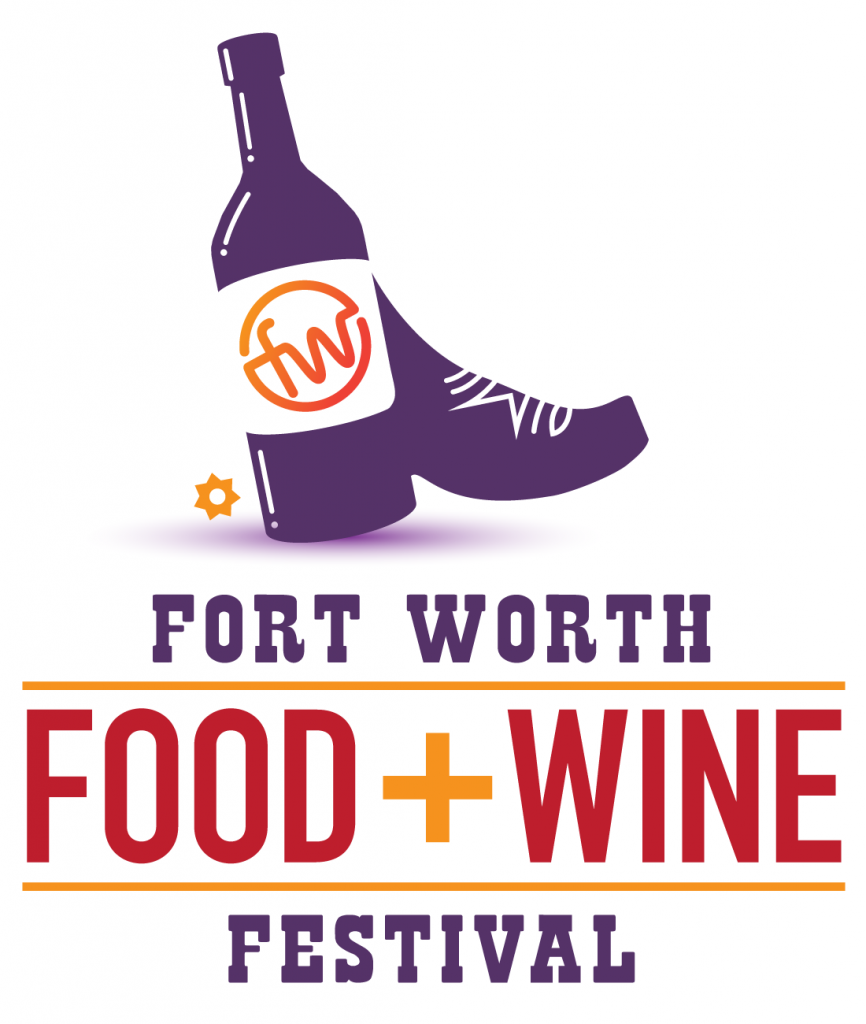 First things first - clear March 27-30....2014..... on your calendar.  We're still hoping that's a typo but its probably not.  Considering that John Bonnell is one of the main organizers and he's also opening a new restaurant, Waters, soon in the West 7th area, we'll probably waiting another year.

From the looks of people involved it looks like the right folks are working to make this a great event.
Posted by FortWorthHoleInTheWall at 4:22 PM 7 comments 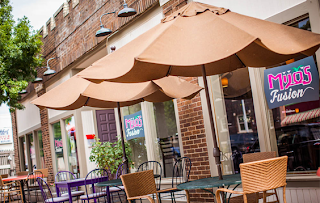 Fort Worth has seen an influx of bakeries in the last few years and I am one of those who hopes the trend continues.  Especially if we keep getting places like the Black Rooster Bakery. 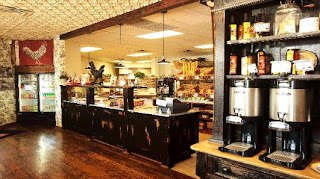 Click to Expand >>
Posted by FortWorthHoleInTheWall at 9:25 AM 5 comments

The Fort Worth Weekly has published its 2012 Best Of winners this week.  Normally at this time of year, for the past five years, I sit down to write a post lambasting the readers of the FW Weekly for filling the Best Of food categories with chains.  But all has changed.  The Best Of awards now include a section for chain restaurants.  After congratulating Jersey Mikes, Qdoba and Taco Bell, they then get down to the business of real restaurants for the rest of us.  Its definitely worth a read if you want to find some new places to try out.  I've already found some new locations that will show up here in the future. 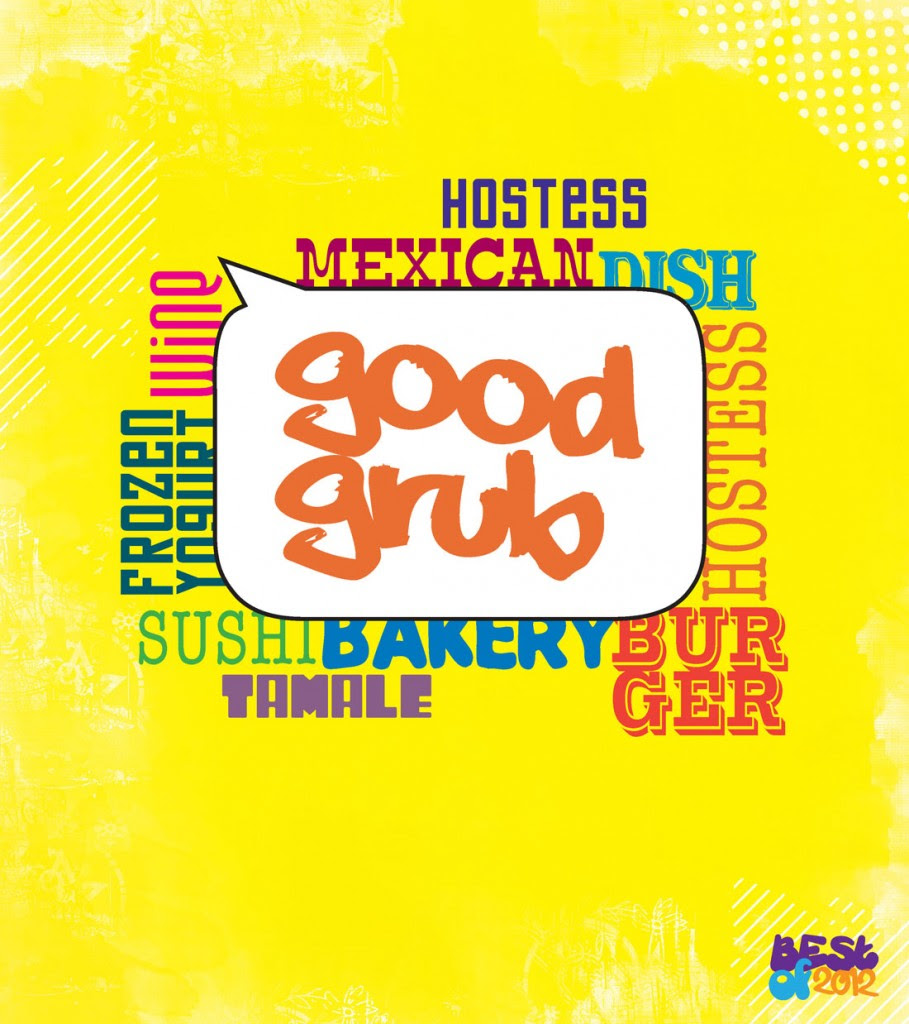 Unfortunately, for five years, I have also been snubbed.  For those of you that don't know, Fort Worth Hole In The Wall is the number one food blog in Fort Worth with a name that uses more than five words.  It's also number one in the category of "Most Anonymously Written Food Blog", "Mostest Poorly Ritten Food Blog", and "Failure To Adapt To New Technologies Blog".  Yet this recognition goes unrecognitioned each year.

Well, at least Macaroni Grill is no longer included as "Best Italian Food".
Posted by FortWorthHoleInTheWall at 10:29 AM 5 comments

John Bon "Jovi" nell is coming to West 7th and hopefully by the beginning of next year.  This is great news for fans of his signature restaurant, Bonnell's Fine Texas Cuisine.  And he's completely cool with the Bon Jovi comparisons.

Waters will focus on his coastal seafood recipes and will include an Oyster Bar in the old Bailey's spot in the West 7th development.  If your'e one an elite Star-Telegram subscriber, click here for more information from Bud Kennedy.  Or just keep reading here for free and ignore paying the Star-Telegram Internet Gods. 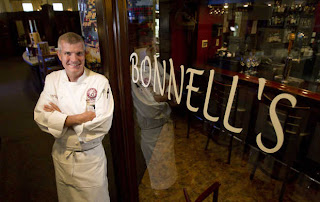 If the article isn't available, worry not, for I have obtained an exclusive interview with the world famous, home grown John Bonnell*:

FWHITW:  John, what is it about Fort Worth that drew you here?
John Bon-Jovi-nell:  Well, I'm a cowboy, on a steel horse I ride.

FWHITW:  Absolutely.  Why did you decide to open Waters?
John Bon-Jovi-nell:  Its my life.  Its now or never.  I ain't gonna live forever. I just want to live while I'm alive.

FWHITW:  Do you have an idea of who'll be your main sous chef or other important staff?
John Bon-Jovi-nell:  Tommy and Gina.  He used to work on the docks.  But the unions been on strike, he's down on his luck, its tough.  So tough.  And Gina used to work at a diner all day so she knows the restaurant business.

If you haven't been to Bonnell's restaurant on the south side of town then you're missing out.  Chef Bonnell is acclaimed throughout the country for his technique and style.  He has become well known for his focus on using local and seasonal products to provide the best taste and highest level of freshness.  But he's equally well known for his wild game.  Anybody who has enjoyed his elk tenderloin knows what I'm talking about.

This is a great restaurant for the West 7th area and should be a huge hit with the users of the Will Rogers Coliseum (stock show, cutting horse competitors, etc.).  Although it will be far from a hole in the wall, its one of our local chefs showing his chops and helping out the thriving West 7th area.

More information will be coming if Chef Bonnell reads this and decides to provide alternative answers to the questions above.

* This interview may not have actually happened.
Posted by FortWorthHoleInTheWall at 10:36 AM 4 comments